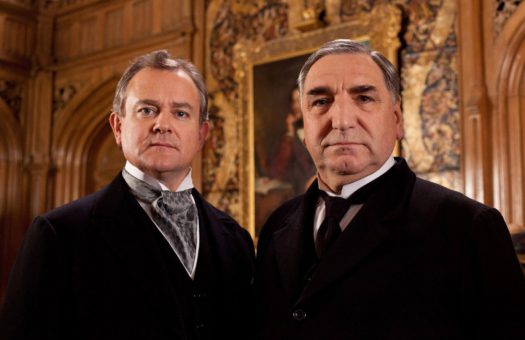 Vin Diesel and his turbocharged action thriller fight off Alec Baldwin another week, while Bill Nighy and Gemma Arterton debut on the chart with post-blitz comedy drama Their Finest.
The winner: Fast & Furious 8
Given the commercially modest set of new films it was up against, the eighth instalment in the Fast & Furious franchise had no problem holding on to the top spot at the UK box office, grossing £3.59m in its second frame, for a 12-day total of £23m. This compares with £26.25m for Fast & Furious 7 after two weekends of play, although that was just a 10-day number.
Fast & Furious 8 is already the sixth biggest hit of 2017 at UK cinemas, behind Beauty and the Beast (£68.8m), La La Land (£30.4m), Sing (£28.4m), The Lego Batman Movie (£27.0m) and Logan (£23.8m). It is certain to overtake the lifetime total of Fast & Furious 6 (£25.3m), and end up second in the franchise rankings for the UK, behind Fast & Furious 7 (£38.6m).
Second-placed The Boss Baby and third-placed Beauty and the Beast were also unchanged from last week. Beauty and the Beast’s £68.8m total puts it in eighth place in the all-time UK box office rankings, just below Harry Potter and the Deathly Hallows: Part 2 (£73.1m).
The top newcomer: Their Finest
The week after Fast & Furious 8 and the week before Guardians of the Galaxy Vol 2 was hardly the most attractive weekend to release a potential blockbuster – and indeed there were none. That gave Lionsgate an opportunity to roll out its second world war comedy drama Their Finest, based on the Lissa Evans novel Their Finest Hour and a Half. A cast including Gemma Arterton, Sam Claflin and Bill Nighy encouraged a relatively wide release into 458 cinemas, and an opening gross of £850,000 (including £24,000 previews) resulted. Site average was an OK £1,857.
Apt comparisons are hard to make, but Tamara Drewe, starring Arterton, kicked off with £616,000 (including £7,000 previews) from 358 cinemas in September 2010.
Distributors get understandably testy when it is suggested that they have picked a release date to clear problematic inventory, but it’s hard to contest that 21 April saw the arrival of three studio pictures with questionable commercial appeal. Warner Bros offered the optimistically titled Unforgettable, starring Katherine Heigl and Rosario Dawson in a defiantly trashy melodrama that aspired to past classics such as Fatal Attraction and Basic Instinct. Box office of £271,000 from 363 venues yielded an average of £745.
The studio misfire No 2: The Zookeeper’s Wife
Universal countered with The Zookeeper’s Wife, featuring Jessica Chastain as the woman who helped save lives at Warsaw zoo in the second world war. This film would have probably fared best at independent cinemas and the boutique chains, but those venues are already being served by Their Finest, The Handmaiden and The Sense of an Ending. Universal released into a multiplex-skewed 216 cinemas, yielding box office of £101,000, and a weak £469 average.
The studio misfire No 3: Rules Don’t Apply
Warren Beatty had the misfortune to be the man handed the wrong envelope when announcing best picture at the Oscars in February. His woes pile up with the release of his passion project Rules Don’t Apply, about aviator mogul Howard Hughes. Without the halo of awards attention, this was always a tricky to film to position, and it would have benefited from some love from the independent cinema sector. With little forthcoming, Fox released into 223 cinemas, grossing £47,200, for a woeful £211 average.
The market
Despite a bewildering 22 new films released last Friday, box office fell 46% from the previous frame, and it is down 23% on the equivalent weekend from last year, when top title The Jungle Book achieved a stunning hold in its second week of play. Look for an upward bounce this coming weekend with the arrival of the Guardians of the Galaxy sequel.

No description. Please update your profile.

Should you ever have a question, please dont hesitate to send a message or reach out on our social media.